Miami, FL. (November 29th, 2011)—Spanish Broadcasting System Inc., (SBS) (Nasdaq: SBSA) is pleased to announce the appointment of Jackie Nosti-Cambó to Vice President of Business Analytics for SBS. Mrs. Nosti-Cambó will focus on the business practices of SBS in all of its markets. She will also develop new insights and understanding to improve business performance in order to grow revenue in all of the company’s markets. 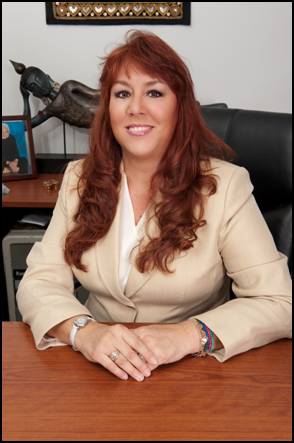 Jackie Nosti-Cambó has been with SBS since 1992. Prior to her appointment, she was VP/General Manager for WXDJ- El Zol 95.7FM, WRMA-Romance 106.7FM, WCMQ-Clasica 92.3FM and WRAZ-Cima 106.3FM in Miami. During her tenure as VP/General Manager for WXDJ-El Zol 95.7FM, the station was ranked #1 in billing with the highest annual revenue ever achieved by any South Florida radio station. All of SBS’s Miami Spanish radio stations were rated among the top ranked FM stations in South Florida.

“With extensive practice in the media and financial businesses, and significant prior experience with SBS, Jackie brings a wealth of industry knowledge and operating experience to this position,” said Albert Rodriguez, Chief Revenue Officer of SBS’s Consolidated Operations, Executive Vice President and General Manager of MegaTV. “I am confident that her talent, creativity and leadership skills will help her further our success by promoting growth and profitability for all of our consolidated operations.”

With over 21 years of experience in the radio broadcasting industry, Mrs. Nosti-Cambó started her career at what was once the Miami classical radio station WTMI 91.3FM as an Account Executive, and later transferred to Hispanic radio at Viva America Media Group. In 1992 she joined WXDJ El Zol 95.7FM as a National Sales Manager. During her years at SBS, Mrs. Nosti-Cambó also oversaw the administration of all 11 radio stations in SBS Puerto Rico for four years.

Mrs.Nosti-Cambó has been on the advisory board of Florida International University (FIU) Center for Diversity in Engineering and Computing (CDEC) Gear Up Homestead program and has partnered with many non-profit organizations in the community, such as the March of Dimes and AdFed. In addition, she advocates for better and more responsible animal welfare.

“It is an honor to continue being part of the SBS family in this new capacity,” said Jackie Nosti-Cambó. “SBS is poised for incredible growth and I look forward to helping the company achieve its potential.”

Jackie is an avid outdoors woman, but her true passion is her love for animals.